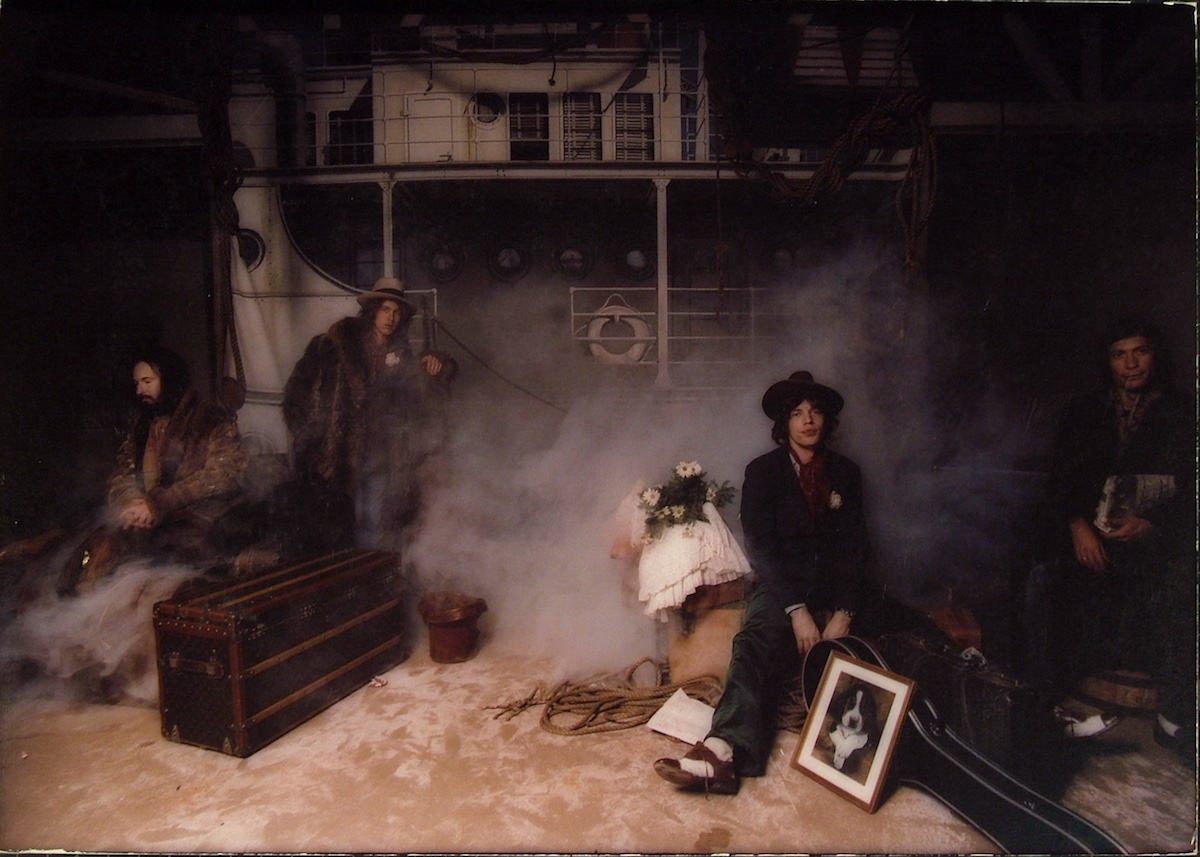 The newly opened exhibit ‘Fifty Years in Exile’ at Austin’s Modern Rocks Gallery (August 19 - September 30) will showcase more than thirty rare, vintage photographs taken by rock photographer Norman Seeff during his iconic session with The Rolling Stones for their ‘Exile on Main Street’ album. Seeff has shot everyone from Ray Charles and Joni Mitchell, to Tina Turner, Steve Martin, Carly Simon and Frank Zappa - to name only a few.

“I found Mick incredibly beautiful,” he recalls, “no attitude. He was so professional. He was an easy kind of guy. Keith was just lots of fun. He didn’t try to get involved in what was happening. He was just making sure he was having a real wonderful time.”

Though the album cover was actually shot by famed documentary photographer Robert Frank, Seeff and graphic artist Jon Van Hamersfeld creatively directed it alongside Jagger, who wanted the cover to reflect the band as "runaway outlaws using the blues as a weapon against the world". 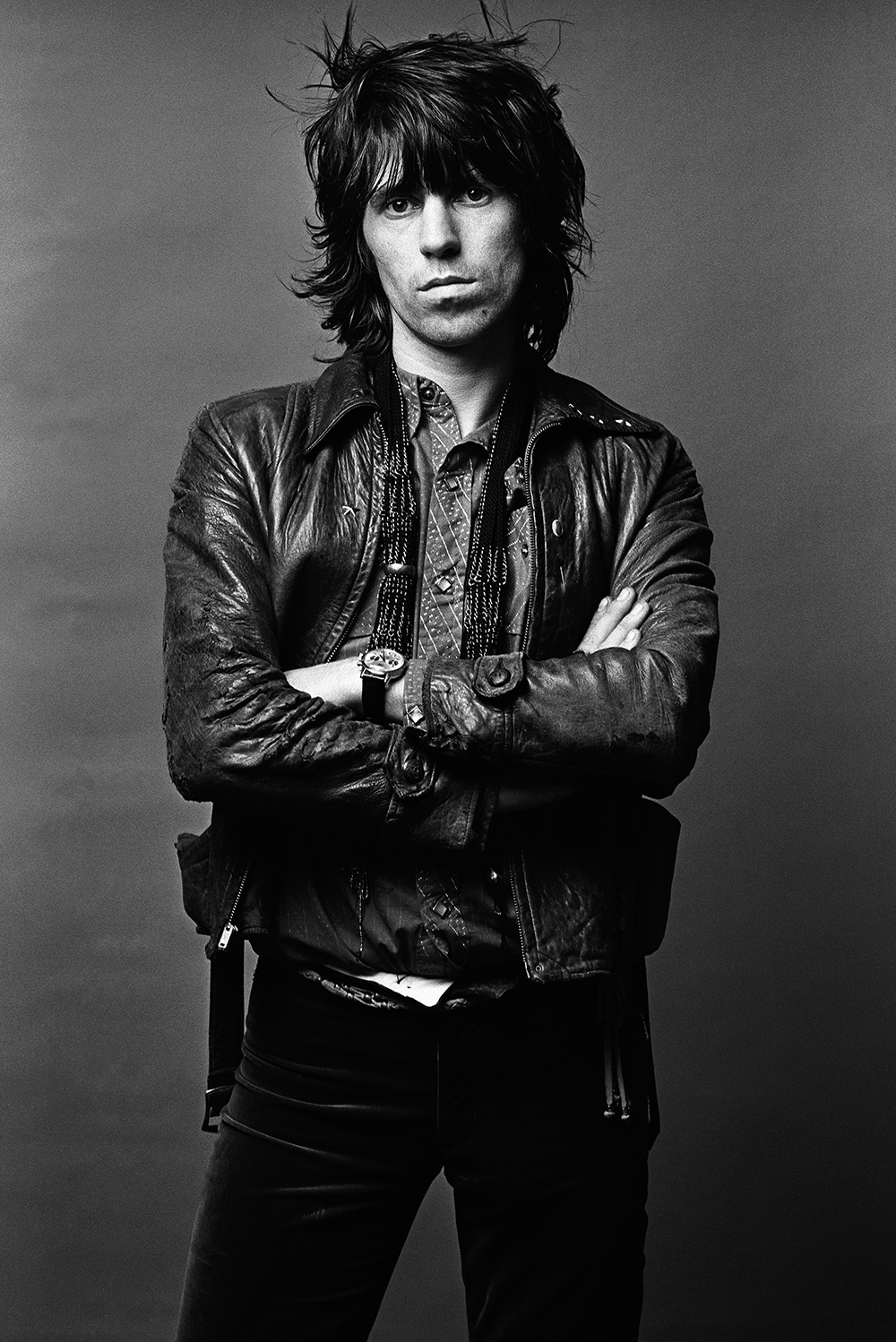 Inside the album Seeff’s images prevailed, including a romping photographic sequence of his studio manager kissing Jagger on the lips and spilling over into a somersault. The interaction became a set of postcards that fueled a successful ad campaign for the release of ‘Exile on Main Street’. It’s also propelled his photography career into the stratosphere.

Fifty years later, Seeff’s assistant discovered the never-before-seen archival imagery of that shoot and several others - thousands of silver gelatin prints stowed away in a basement. It was then that the exhibit came to life.

Beyond the shoot for ‘Exhile’, Seeff has an arsenal of stories, experiences, photographs and film footage to accompany his long and storied journey through the heyday of rock & roll and beyond. Through it all, he continues to return to his passion project, an in-depth exploration of what he calls “creative communication” or The Sessions Project.

We sat down with him over Zoom to hear how he went from being a doctor on the frontlines of Apartheid in South Africa, to stumbling upon Andy Warhol’s Factory, to creative directing United Artists Records - and ultimately to shooting Jagger, Richards and crew for their 12th studio album. Here, in his own words, he talks about the past, what the future holds, and the art of creative communication.

I was practicing medicine and doing emergency work in Soweto, South Africa [during Apartheid]. I went into the world of medicine thinking it was about healing, and it wasn’t. It was about fixing. It was war front type of medicine and it was, you know, sew them up and give them blood and off they go.

I felt this was all hopeless, no matter what we do, nothing is changing. Subconsciously, I started asking how do we bring about real change, not just patch the old machine up? I resigned and within a week I got onto a plane with a one-way ticket to New York and changed my life. I decided that I wanted to explore the creative side of me, because I always had that duality.

Got to New York and I walked the streets with a little camera. I started stopping people on the streets and going, “I’m a photographer and I’d love to photograph you for my book.” Started to meet Americans that way. Somehow, I found out that my choices were leading me into the subculture of New York. I was in New York for three years, meeting amazing people. I bumped into Patti Smith and Robert Mapplethorpe and then I was introduced to all the people at Andy Warhol’s Factory. I lived in the Chelsea Hotel for a bit.

Meeting The Band at Big Pink

[Bob Cato] became my mentor. He was the top graphic designer in the music business and he gave me my first shoot. I walked in one day and he was on the phone and I heard him say, “Oh yeah there’s this young guy from South Africa who’s just walked and I’ll have him come over and shoot the liner notes.”

I asked who I was going to photograph, and he said, “Robbie Robertson and The Band.” And I’m like, “Who?”

I drove up to Big Pink (a house in West Saugerties, New York where Bob Dylan and The Band recorded ‘The Basement Tapes’). That was my first session.

Three years later Bob called me and said how would you like to go to Los Angeles and become creative director of United Artists Records? Now I’m on a first class flight, picked up by a limo with a girl with a wad of money and taken to the Hyatt House on Sunset Boulevard, where I lived for a year. It was called the Riot House.

I ended up running United Artists for two years. 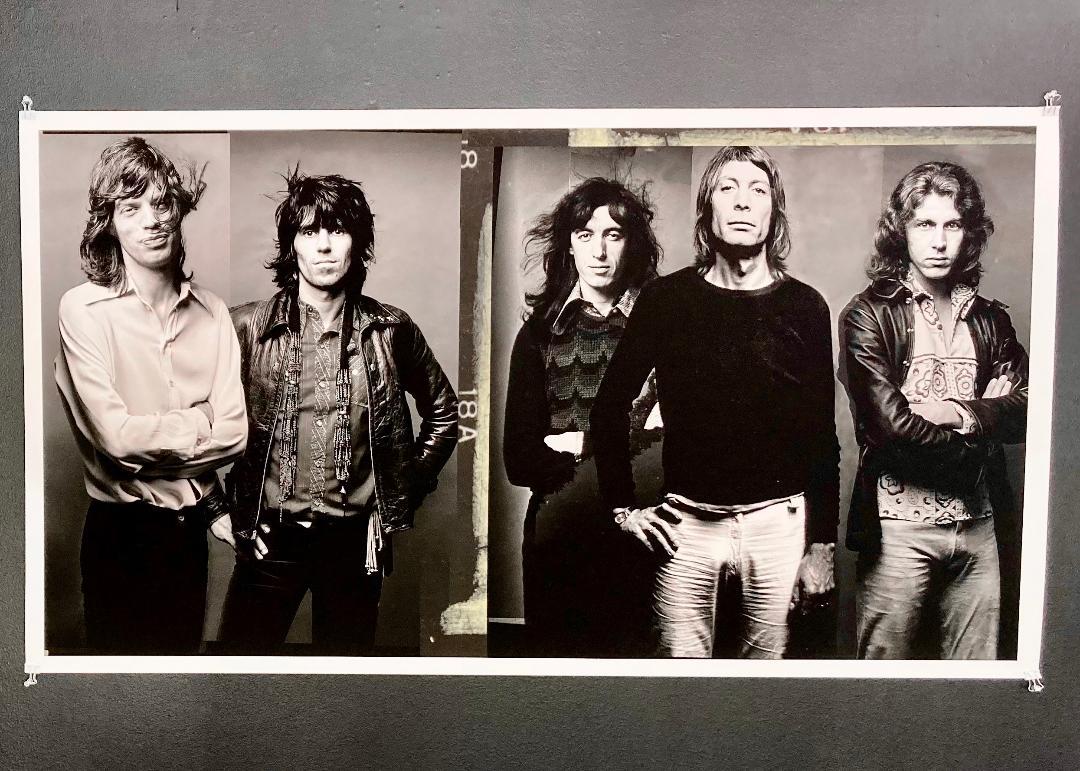 The ‘Exile on Main Street’ Shoot

I get the call that Mick Jagger and the Rolling Stones would like me to do the photography for ‘Exile on Main Street’.

Mick had this picture of the Ballet Russes as they were defecting from Russia. The Rolling Stones were defecting from London because of tax reasons, their management had screwed their whole thing up. But he wanted to be photographed coming down off the ramp of a boat.

We decided not to shoot in a real location with the Rolling Stones because it would end up as a riot. I got a Hollywood stage and got this boat sized set, built it in a day, and the session started at midnight.

The point was I was looking for an authentic moment with everybody. What happened was, it was going well, but there was nothing really special about it. At a certain point, I had to say “We’re creative. Let’s take risks and let’s push our boundaries.”

My team of people, my studio, we dressed them up very Titanic period - and this girl who was my studio manager turned around in the spirit of the moment and decided to give Mick a big kiss on the lips and flipped over and did a somersault and somehow I got the whole foil.

A Viral Campaign Before Social Media

We used a wonderful filmmaker’s film and we used his images on the cover, but inside the album we decided to take my sequence and make it into a set of postcards and put it in the album. This was before social media, but it was an incredible thing that happened because when people ordered and they found the postcards, they’d tear them out and write to their friends. It was a huge advertising campaign that worked amazingly well.

It was a lovely, wonderful time but I decided out of the challenge - it was great to be in a corporate situation that was creative, but I wanted to prove to myself that I could survive as an artist.

So I ended up finding a funny little A-frame house on the Sunset Strip, right next to the Chateau Marmont, and took that as my studio. I ran an independent studio there for 15 years.

My career took off and I realized in the back of my mind, there’s still the drive of, What is the possibility of human consciousness evolving and changing the situation? It was just like trying to fix and fix a broken down system. What is the nature of change?

And as it turns out all these people that I was talking to were on the cutting edge of human potential, human creativity.

My sessions became fascinating communications with artists. At that point, people were begging to come, so I just started inviting more and more people and we started having these events that were generally about 40 people - one with 250 people, another with 1,000 people.

I would engage the artists [like Joni Mitchell or Steve Wonder] in such an intense relationship they would forget that it was anyone else than just me and them there.

I’d shot Joni 17 times, and the first time was just her and myself and the guy that brought her. Next time I said you know this is great, our communication is great, would you mind if I filmed it? And she said yeah because she was comfortable with it. I always say to artists, and this is my approach, whatever we do right now will never see the light of day. You’ll be the first person to see it. If you like it, I’d like to use it for my project. If you don’t like the whole thing, we’ll just throw it away.

When they looked at the footage they said “Wow, that’s great, you’re revealing the real me and I would love to get that out in the world.”

During this period, Apple and Steve Jobs came to me and said, would I shoot commercials? Initially I said no, and then I realized this could be my paid film school.

So I took off 10 years and became very, very successful in that world and reimbursed myself for all the money I spent on filming; but I kept filming, and after that period I’d learned everything, and I resigned and I came back to ‘The Sessions Project’.

A Return to The Sessions

It just so happened I created a career where I get to speak to Steve Jobs and Alicia Keyes and basically have the ability to interact in a creative environment. They come to me thinking they’re doing a photo session with me, but actually what they’re doing is they’re having an emotional experience that I create in terms of working in my communication process, which is very emotional, very experiential, diving deep into what motivates them. How they create, what confidence or lack of confidence they feel, what they intend to say, what story they intend to write. I’ve been filming this material since 1974. I’ve got probably the largest unseen archive of artists exploring the creative process at this level on the planet.

I’m in the process now of preparing everything to come out. So I kept filming and filming and filming, discovering as I was going that there was this recognizable pattern to how creativity unfolds. Very much like there’s the Hero’s Journey, there is the Artist’s Journey.

I’m an explorer of who we are as a human species and are we going to self implode or are we going to evolve? Right now we’re in a moment of chaos where the question is being posed. The innovative creatives, the ones who jump from the known and have the courage to jump into the unknown to find something new, they are critical to the future of humanity.